Puerto Rico opens with their first victory in Pool B defeating Colombia by 2-1 (25-21, 19-25, 25-23, 25-15) in the first day of actions of the U-18 Girls Pan American Cup at Teodoro Palacios Flores Gymnasium. This and other volleyball news read on Worldofvolley.com. 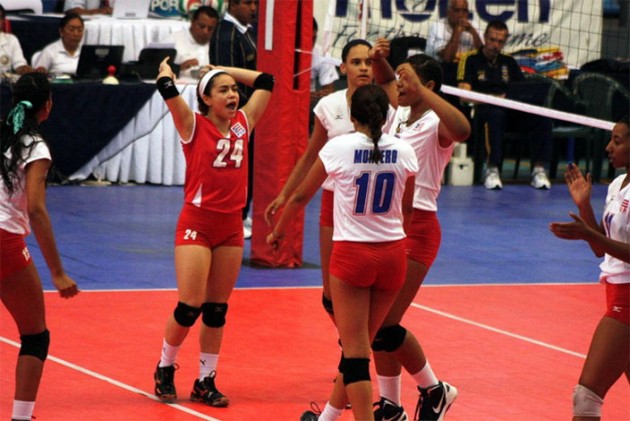 Puerto Rico’s response after dropping the second set was efficient and begins the tournament with the right foot. The winners held a huge advantage in blocking by 18-4 and 6-1 in serving points.

With 23 points, 18 of them by attack, Patricia Montero was the best scorer Puerto Rico. Colombia’s top scorer was Armanda Coneo with 15 points.

“Our passes were effective, the match was very hard but despite that we were able to focus, we’re happy with the result” said Wilamarie Rivera captain of Puerto Rico.

Veronica Pasos wasn’t able to control her sadness for the defeat and expressed “it’s difficult to lose but we must learn and continue working.”

Juan Rodriguez coach of Puerto Rico “the girls were able to control Colombia’s pressure, who we didn’t know. In the second set we failed in some things but with serenity and without reducing our intensity we won.”

For Colombia, coach Oscar Guevara indicated “this is a process and during the match we solved point by point against an opponent we haven’t seen before. We must wait for the all of the results in pool-play.”

AVC W: PFU Blue Cats got to its first win