The Hypo Tirol Volleyball Team secured the 19 victory in the 19th AVL-game. In the Tyrolean derby against the VC Gewerbepark Mils the champion did not show any weakness. In that way Hypo Tirol won its last game at home in the regular season after only 61 minutes with 3:0 (25:14, 25:13, 25:12).The Innsbrucker has already secured the first place for play-off on Thursday with a 3-0 victory at home against the hot-Volleys. 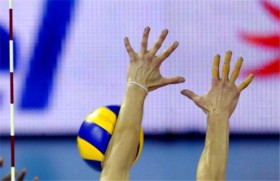 With the new 3-0 victory Hypo Tirol coach, Stefan Chrtiansky, was certainly satisfied. “This was a clear victory and it was also important that the setting was perfect. Although the boys were relaxed, they were focused on playing.”

Like the previous day against the Viennese, Tyrolean promoted the young members of the team : Niklas Kronthaler (as libero) and Martin Ermacora (opposite) as talented players. Also Alexander Tusch enter in the game as setter. On Monday (20:15 o’clock) Hypo Tirol will be the guest of the finalists’ of last year competition and currently team in second place in AVL, SK Posojilnica Aich / Dob.  On ORF Sport + live the will be transmitted!