For the second straight match, USA-based Christine Anthony and Geraldine Grigorious were the main contributors as host Curacao swept past Antigua & Barbuda in three sets 25-8, 25-9, 25-9 to book a spot in the finals of their 2014 FIVB Women’s World Championship NORCECA second round Group J on Saturday night. Read latest volleyball news on Worldofvolley.com. 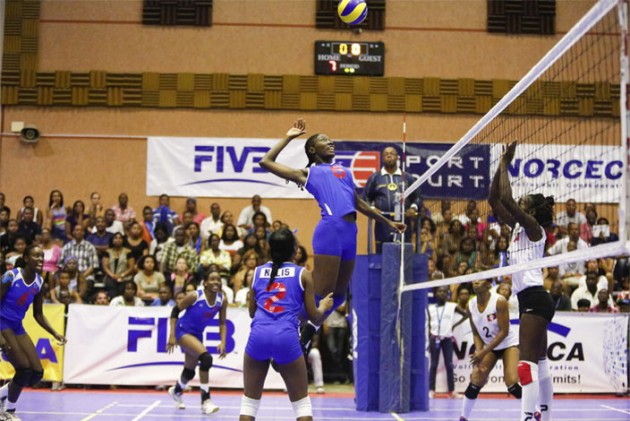 Buoyed by its straight sets win over St Lucia on Saturday morning, Curacao came out with all guns blazing to improve to maximum ten points from two matches and more importantly a ticket to the third round of qualification for the World Championships in Italy next year.

Curacao outplayed its opponent in all aspects of the match. The winners enjoyed a 39-6 advantage on spikes as well as 7-2 on blocks and 9-2 on service aces while making full use of Antigua & Barbuda’s 20 errors to its 16.

In the end, Anthony was again the top scorer with 13 points, while Grigorious added 12 , which included two blocks.

A relaxed Maya Gomez, captain of Curacao speaking after the win which was cheered on by a lively home crowd said she was happy that her team achieved its two goals of reaching the final and qualifying for the third round of World qualification with a match to spare in the round-robin.

“We have one more match against Belize before the final and we will be coming out to play with the same energy as we did for the first two matches,” warned Gomez.

Antigua & Barbuda coach, Esron Gittens was critical of his team saying he wanted to see better representation from his players on the court.

“I was disappointed in the way we played because we made a lot of unforced errors , but at the same time we have a lot of young players coming through and at this level its all a learning experience for them”.

Henry Delfina, coach of Curacao boasted that the win came very easy for his team due to the number of mistakes made by their opponents.

“They (Antigua) made too many unforced errors, but it allowed us a chance to use our bench players to give them some experience and I am happy for that.”