The 2013 FIVB World League men’s volleyball tournament gets underway on three fronts on Friday including Quebec City where Team Canada will face the Netherlands at the Colisee Pepsi. This and other volleyball news read on Worldofvolley.com. 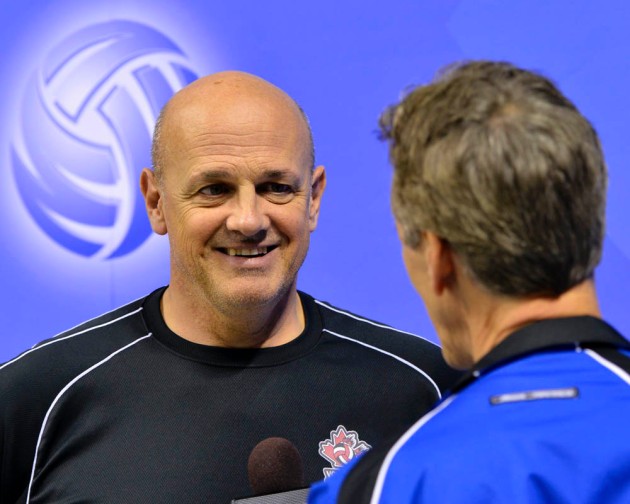 World League is a six-week intercontinental tournament with 18-countrys, which offers the largest cash prizes in the sport.

Canada, ranked 18th in the world, returned to World League, they played last season and placed on the 12th place. The Canadians are in pool C with Japan ranked 19th, South Korea at 24, Finland at 30 and Portugal and Netherlands both at 36. If Canada places first in its pool it will advance to the six-country World League final set for July 17-21 in Mar del Plata, Argentina.

“We have the ability to win our pool matches every weekend,” said Justin Duff who just returned from Russia where he helped his team to the league title. “We are looking forward to showing the Canadian fans the level we are at.  We are well prepared to start this tournament and we are going to get better as it progresses. ”

“Our preparations are going very well and we are anxious for this tournament to start,” said Hoag, who also won a pro title this season in Turkey on a team that included Canadian national team players Gord Perrin, and Adam Simac. “The Dutch are going to be a tough opponent like all European teams.  They have a lot of talent and have a nice blend of youth and experience. They are tall and we expect them to play a physical game.”

The Netherlands meanwhile are in a rebuilding phase and step one has been accomplished by returning to the World League this season for the first time since 2010.

“This is the level we have to be at now, we have to be present at these special events,” said Netherlands head coach Edwin Benne. “It’s been very hard work to come back but we feel we have a great group of guys who want to accomplish our goals together.”

There is no shortage of experience on the Canadian team either. Steve Brinkman played 224 international matches and captain Fred Winters could also reach the 200-match this summer. Louis-Pierre Mainville looked strong in exhibition matches against Turkey earlier this month after missing most of the past two seasons with a knee injury.

There is also some young talent with the 23-year-old Perrin who was a big revelation for the Canadians in the World League last year and continued to sparkle this winter in Turkey.

Scoring sensation Gavin Schmitt, Simac and Duff are players entering the prime years of their careers.

Canada plays the Dutch again on Saturday at 4 p.m. in Quebec. The following two weekends they face Portugal (June 7-8) and South Korea (June 14-15) at the Hershey Centre in Mississauga. Canada closes out its round robin June 28-29 in Finland and July 6-7 in Japan.