A two-time winner of the competition (in 2008 and 2011), the Slovak men’s national team is ready to join once more the CEV Volleyball European League playing in preliminary Pool A alongside Austria, Denmark and Belgium. Slovakia wants to go to the final four. 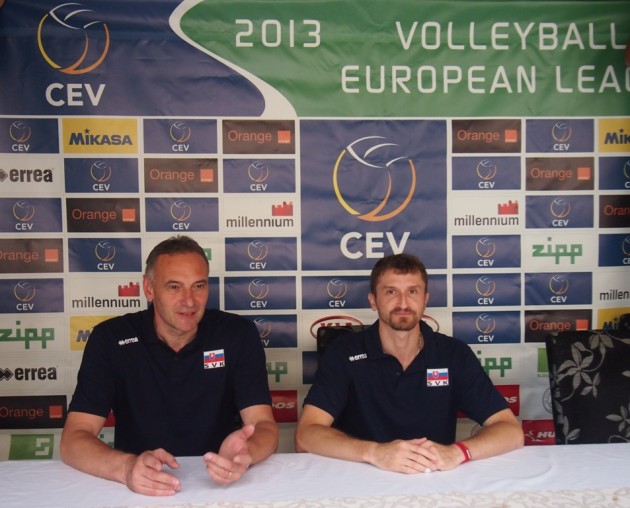 Though head coach Stefan Chrtiansky will be missing some key players, he remains optimistic as he feels he has assembled a good group for the start of this campaign.

“We have a mix of young and experienced players. We will define our goals as we progress through the prelims but our goal is to qualify for the final four scheduled for mid July in Turkey” he says. “It is important to catch a good start right from the beginning and we hope to perform well this weekend in Vienna” Chrtiansky – a six-time Austria’s champion with Hypo Tirol INNSBRUCK – adds.

“Austria has nothing to lose and will fight until the end and I expect the same from Denmark as they are in full swing and getting ready to host the European Championship later this year. With the scoring system whereby sets will be played up to 21 points, every single mistake may be crucial so we have to play very concentrated from the start up to the end. Our strongest opponent, at least on paper, is Belgium. They made some changes to their roster after they qualified for the final round of the European Championship but they remain a strong group” Chrtiansky stresses. He will be assisted by former international star Andrej Kravarik – Slovak-born though with Greek citizenship – for one of the best coaching duos around.

Slovakia will be missing the contribution of outside hitter Lukas Divis who underwent knee surgery and is currently recovering. The first round of the prelims will be missed also by middle-blocker Tomas Kmet.

However, Slovakia will be able to count on their experienced setter Michal Masny and Emanuel Kohut.

“Our goal is to make it to the final four and possibly win the European League for a third time” Masny says. “We know that it won’t be easy because the level of the participating teams is very high and equal. I think that our Pool is not that strong but nevertheless we have to play our best right from the first round. Belgium is dangerous and we do not have to underestimate Austria and Denmark. I still have good memories from the final four we won in Bursa in 2008 and we hope to travel to Turkey again for another success”.

To read more news from this competiton click on European League 2013 M.