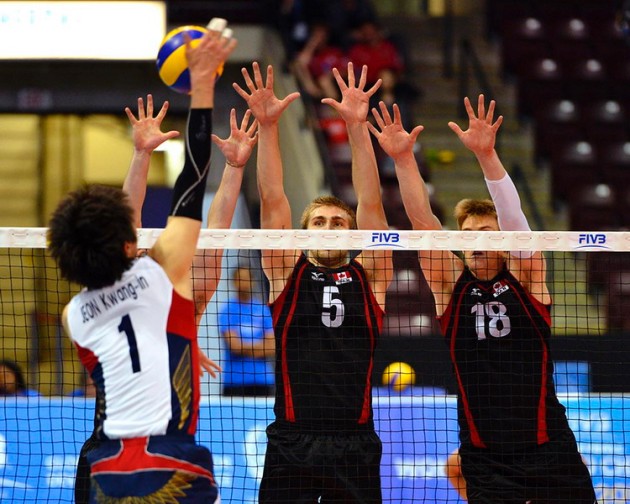 Korea started set one with some promise, but Canada regained its composure and confidence to win by six points. Canada‘s Dallas Soonias and captain Fred Winters contributed five points each in the set.

Canada‘s confidence continued into the second set as they made quick work of the Koreans with late-set substitution Nick Hoag, son of coach Glenn Hoag, helping his team with the game-winning point.

The third set was a closer competition at first, but still Canada managed to finish the match off in three.