The 2013 CEV Volleyball European League was presented in Barcelona before the second leg in Polideportivo Olympic sports hall. 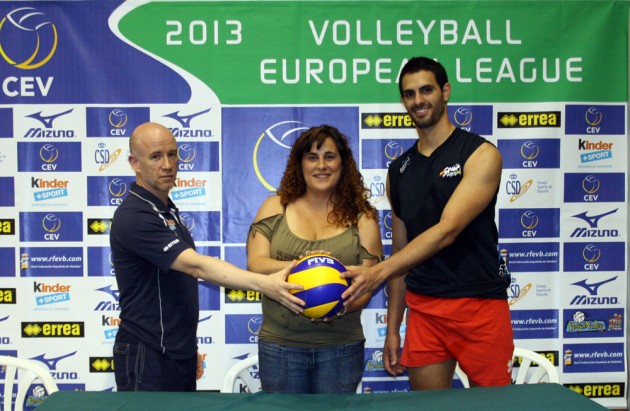 Spaniards ready for clashes in Pool B in Barcelona

The competition, scheduled to start on Friday, is as an opportunity for Spain to take a decisive step in the intentions to qualify for the final four and also as a chance to shine in front of their own fans.

The Spaniards have chosen the Catalonia region as a venue for the CEV Volleyball European League matches for the third time in a row, and the national squad hopes to count on the support of the well-versed Catalan audience in a vital weekend for the team in the tournament.

Spain is undergoing through renovation of the national team and the head coach Fernando Muñoz intends to give quality playing time to the promising new players of the renewed line-up.

“Either young or veteran, every player must work hard to be able to be in the team; I can say that the group has showed an extreme motivation during these past weeks and the commitment and dedication of the players to win a place in the squad is being great. I am sure that the pledge we took in this project will pay off with good results and I hope that we are able to reach our goals this weekend” he pointed out.

During the first leg in Pool B, in the matches held last weekend in the Hungarian city of Kecskesmét, the Czech Republic stated its candidacy for the final four after achieving three victories, as the teams of Montenegro and Spain clashed for second place and Hungary closed the standings with three defeats.

To read more about this competition click on European League 2013 M.