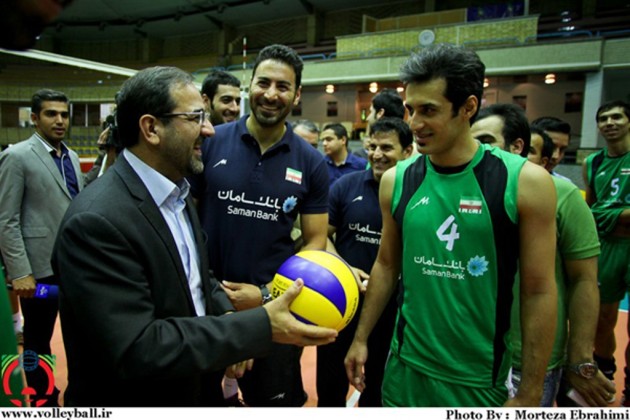 Iran is making history, first home matches ever in WL2013

Italy and Russia kick off week three in a classic meet on Friday. The teams have met 26 times in the tournament’s history, with Russia winning 16 matches and Italy 10. Russia have the longest current World League winning streak of any team: seven matches, dating back to last season, while Italy have started 4-0 for the first time since 2011.

Both France and Poland are among the five countries without a World League win this year, but one will emerge victorious during their Pool A meetings on Friday and Sunday in France. For the third time in the last four years, France have lost their first four World League matches.

Undefeated Bulgaria will attempt to keep its winning record in the second Pool A match this weekend against Argentina. The countries have faced off 13 times before in the World League, with Bulgaria winning 10 of the matches.

Germany and Cuba will also try to find a victory in the World League, when the winless teams of Pool B meet Saturday and Sunday in Germany. Cuba are unbeaten against Germany in their last four meetings. They can win five consecutive World League matches against Germany for the first time since 1992-1994.

Also in Pool B, Iran will play their first two World League home matches ever, when they meet Serbia. The countries have played each other twice, when Iran came from behind to beat Serbia 3-2 in the 2011 World Cup in Tokyo, and Serbia won 3-0 in the 2012 Olympic qualifying tournament in Nagoya. By sweeping Iran, Serbia would equal their second best ever start since competing as an independent country. They also won four of their first six in 2012, one win shy of their record from 2010.

Pool C will introduce new rivals, The Netherlands and Portugal, who have never met before in the World League. After losing their opening match to Canada, the Netherlands rebounded to win their next three matches of this World League campaign, with a 3-1 record. Portugal have won only two of their last 23 World League matches.