A number of stars who have dominated the international scene in recent years, such as Russia’s Ekaterina Gamova and USA's Logan Tom are missing from the squads named for the 21st edition of 2013 FIVB World Grand Prix international volleyball’s, which begins on August 2. 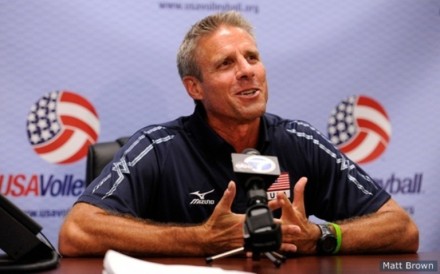 As well as a tiredness of some famous players, the volleyball premium annual event sees the return of some prominent names – the coach’s bench will be graced by two true legends, in the form of Lang Ping (China) and Karch Kiraly (USA).

Kiraly, who won Olympic gold in the hall in 1984 and 1988, and added a third gold medal in the beach volleyball competition in 1996, has taken over from former coach Hugh McCutcheon in the US team that has won the last three World Grand Prix in a row,

“King Karch” has big gaps to fill. In the number one team in the recent won Pan American Cup, is missing many of its top performers, including Destinee Hooker (pregnant), Logan Tom and Tayyiba Haneef-Park.

Last year’s World Grand Prix finalists and Olympic champions Brazil still have the majority of their big names on board as they begin preparations for Rio 2016. Of the best-known Brazilians, only the powerful pin-up Jaqueline and Paula Pequeno are missing from the team that, with eight victories to its name, has won the Grand Prix more times than anyone else. The top favourites to win this year’s competition will again be coached by the successful Ze Roberto.

In contrast, last year’s surprise package Turkey, who finished third in 2012, have a new face on the coach’s bench: Massimo Barbolini has taken the reins.

Other top teams also have new faces in managerial positions. Lang Ping, who won Olympic gold with China in 1984 and silver as the coach of the US team in 2008 in Beijing, has returned home. The four experianced players: Wei Qiuyue, Ma Yunwen, Chu Jinling and Mi Yang will not be in action in the 2013 World Grand Prix.

There is also a changing of the guard for three-time World Grand Prix winners Russia: Yuri Marichev has been appointed as the new coach of the Russian women’s team.

The Dynamo Krasnador coach takes over from Sergei Ovchinnikov, who passed away three weeks after Russia lost to Brazil in the quarterfinals of the London 2012 Olympic Games. The Russia women’s team will participating in this year’s World Grand Prix after missing last year’s edition. Former team leaders Ekaterina Gamova and Lioubov Sokolova are no longer in the team.

In Japan, setter Hitomi Nakamichi has the big task of filling the shoes left by chief playmaker Yoshie Takeshita due to retirement.