The Australian Volleyball Federation announced that Australia will host one of the four pool competition in the final round of the Asian Men’s Qualification Tournament for 2014 Men’s World Championship in Canberra from September 6 to 8. 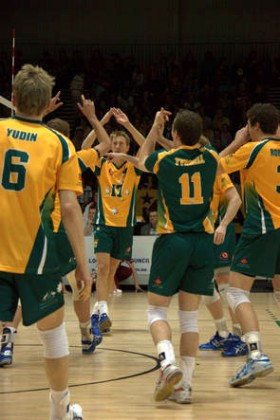 Volleyball Australia and the ACT Government jointly announced the Australian men’s Olympic team will take on some of  the best teams from Asia in the national capital in September for a place in next year’s World Volleyball Championships. ACT Minister for Sport Andrew Barr said “I am delighted that Canberra will be hosting this prestigious event in our Centenary year. It adds to the list of exciting sporting events held here In the capital to celebrate the Centenary’.

A total of 16 teams have qualified for the final round. They are Australia, Iran, China, Japan, South Korea (the five teams automatically qualified as the Asia’s top five in the FIVB world ranking), Chinese Taipei from Eastern Zone, Thailand and Indonesia from Southeastern Zone, Kazakhstan, India and Pakistan from Central Zone, Bahrain, Kuwait, Saudi Arabia and Qatar from Western Zone, and from Oceania Zone (also qualified automatically since no other team registered in their Oceania Zone)

For other stories, read our Latest news.