The top two ranked teams in the world will contest the FIVB Volleyball World League final on Sunday after Russia beat Italy and Brazil were too strong for Bulgaria in Thursday’s semifinals. 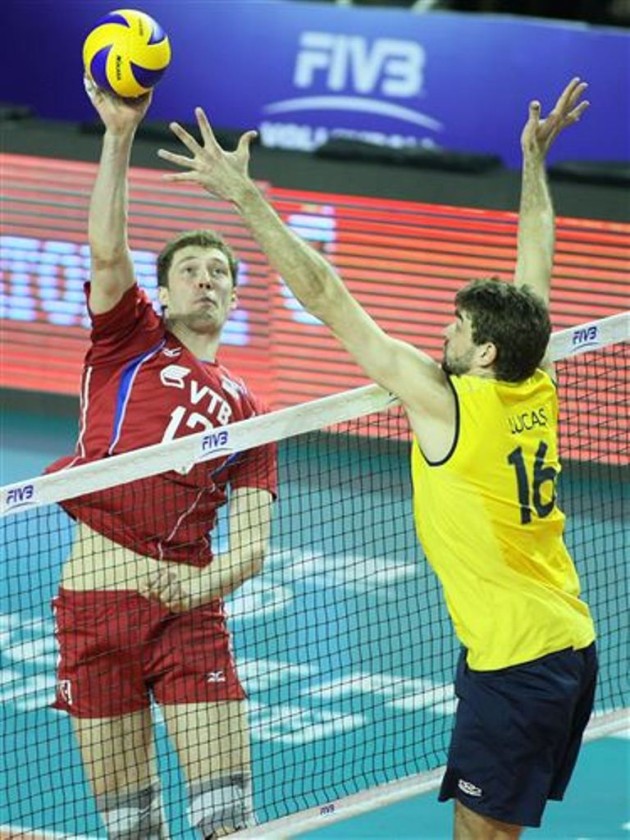 Russia was better than Brazil in Pool E at F6

Both medal matches are a repeat of the London Olympics where Russia beat Brazil for gold and Italy overcame Bulgaria in the bronze medal match.

World No. 1 Brazil qualified for the FIVB Volleyball World League Finals for the 13th time and 11th time in the past 13 editions after beating Bulgaria 3-1 (25-12, 25-17, 23-25, 25-16). The win, Brazil’s 11th in 13 matches in this year’s World League, continued Brazil’s impressive World League record against Bulgaria which now stands at 18:3, including two 3-1 wins during the Intercontinental Round in Brasília.

Russia, ranked second in the world, had won eight of the previous nine encounters across all tournaments with world No. 3 Italy’s 3-1 Intercontinental Round win this year their only victory since the 2008 World League.

Sunday’s 2013 World League bronze medal match between Italy and Bulgaria will take place at 16:30 (local time) followed by the final at 20:00 (local time) between Brazil and Russia.

Listen to the statements of Russian Dmitriy Muserskiy and Brazilian Felipe after the semifinal matches.

See profiles of national teams of Brazil and Russia.

WL: Aleksiev – “We have to change our mentality”

4 stretching techniques for your neck