The 2013 FIVB Girls’ U18 World Championship will get underway on Friday in Nakhon Ratchasima where the competition is returning after this city had already played host to the 2009 edition. Six European teams are set to compete there after Turkey claimed gold on home soil two years ago in Ankara. 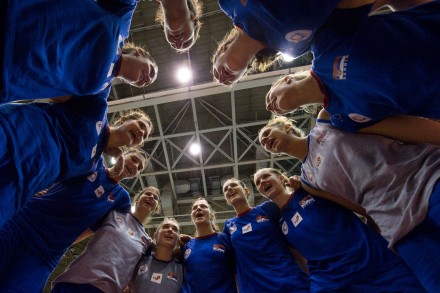 The tournament features 20 teams for the very first time in history and will take place in two sports halls – Chartchai Hall and Lipatapanlop Hall with a capacity of 5,000 and 2,000 respectively – located in the sports complex that hosted the 2007 South East Asian Games.

On Friday hosts Thailand will open the tournament by playing Egypt at Chartchai Hall to be followed by the winners of the 2013 European Youth Olympic Festival (EYOF) Slovenia that will take on Algeria.

Brazil will then test the likes of the Dominican Republic before the silver medalists from the EYOF held last week in Utrecht, Serbia, complete the program of the opening day playing Tunisia.

In the other venue Peru will play Mexico, 2011 gold medalists Turkey will play European silver medalists Italy, 2013 European champions Poland will take on Greece before Japan and China prolong their long-lasting rivalry in women’s Volleyball also in this competition.

Brazil and China have won this age group Championship three times each, while Japan has got two crowns on their resume and Turkey claimed the last edition two years ago. Out of the previous winners only Russia and Korea won’t play in Nakhon Ratchasima for they missed out on a spot by displaying a poor performance at their respective Continental Championship.

The 20 teams were divided into four preliminary pools of 5 each with the top four advancing to the round of 16 while those ranked fifth at the end of the prelims will play for the positions 17-20. The winners of the round of 16 will make it to the 1/4 finals and from there try to continue their run up to the semis and finals scheduled for August 3-4.