Almere and Ra’anana to host second-round qualifiers for WCH

After completion of the first-round qualifiers this past June, the six teams that had finished in second place will re-start their quest to make it to the 2014 FIVB Volleyball World Championships via the second round that is scheduled for October 2-6. 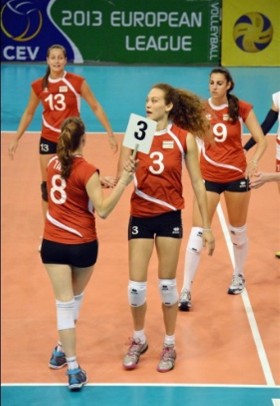 The “Tosport Centre” in Almere, , will host the six-team single round robin tournament starring Belarus, Israel, Romania, Sweden, Ukraine and the Netherlands.

One up to three teams will qualify for the third round following in January 2014 depending on the final standing of the 2013 CEV VELUX Volleyball European Championship scheduled for September 20-29 in Denmark and Poland.

The women’s second round qualifier will take place at “Metrowest Sports Palace” in Ra’anana, Israel. The home side mentored by legendary head coach Arie Selinger will first play Latvia to continue their duties by taking on Montenegro, Switzerland, Greece and Hungary.

Similarly to the men’s competition, waiting for the results of the CEV European Championship coming up through September 6-14 in Germany and Switzerland, one up to three teams will advance to the third and last stage of the qualification process.

In early January 2014 the European contingent for the FIVB World Championships will be determined via a series of single round-robin tournaments – five per gender.

The first ranked teams plus the best among the second placed sides will qualify for the Men’s Worlds in Poland while in the women’s competition tickets to Italy 2014 will be going to the winners of the third-round qualifiers as well as to the two second placed teams with the best score.

Teams qualified via the third round will join the World Championships alongside the host countries (Poland/men, Italy/women) and the two best ranked teams (per gender) from the 2013 European Championship finals.