2020 Olymipcs in Tokyo: Volleyball is back on place of its debut (VIDEO)

The International Olympic Committee on Saturday awarded the 2020 Olympic Games to Tokyo. 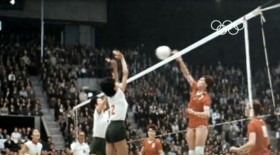 Volleyball made its debut at the Olympics when Tokyo hosted the Games for the first time in 1964. The volleyball tournament in Japan’s capital was held on October 11-23 in the “Yoyogi” gymnasium which will also be the venue for tournament in 2020.

In women’s competition, Japan beat Soviet Union in the decisive match for gold medal while Poland won the bronze.

Tokyo received 60 votes to Istanbul’s 36 in the final round, with Madrid having been eliminated in the first round after losing a tie-breaker with Istanbul.

ECH W: Marichev – “The result could have been the other way around”

Don’t spike the ball in the face...