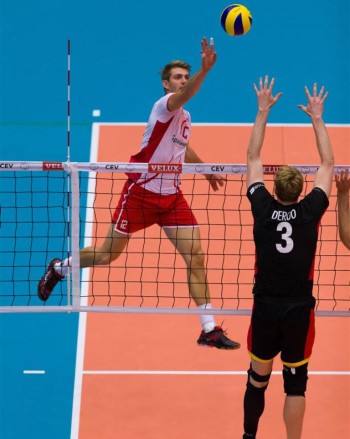 Led by home crowd in Odense’s Arena, Denmark took the first set with 25:23. After two TTO, Belgium had a lead in second, and there was no chance for Denmark increase lead by sets.

Belgium easily clinched third set with 25:16. But, in fourth set, Denmark were close to tie a game. They had 21:18 lead, but at the end, Belgium didn’t want to play five-set match and turned things on their side for second win in Pool A.

The best performer in this match was Bram Van Den Dries with 28 while Mads Hartmann Ditlevsen finished with 25 in Denmarks’s jersey.