he quest for making it to the FIVB Men’s Volleyball World Championship coming up next year in Poland is set to re-start today in Almere where six teams will be vying for one of the three spots at stake to make it to the third and last round of the qualification process scheduled for early January 2014. The hosts of the Netherlands are joined at Topsport Centre by the national teams of Belarus, Israel, Romania, Sweden, and Ukraine for the single round robin tournament that will draw to a close this coming Sunday, October 6. 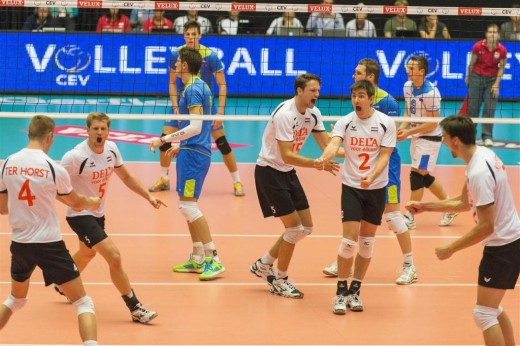 The tournament will get underway on Wednesday afternoon with Sweden playing Romania, before Ukraine will test the likes of neighboring Belarus and the “Oranjes” complete the program of the opening day with their duel against Israel.

The Netherlands finished tenth at the 20’13 CEV Velux EuroVolley completed this past weekend in Copenhagen after losing to Italy in the Playoff round; that was not exactly what the Dutchmen had hoped for but head coach Edwin Benne says his players are well ready for their last tournament of the season.

“We had a short rest after coming back from Denmark but we started working hard again focusing on the World Championship qualifier taking place here in Almere” he says. “We want to play better than we did at the EuroVolley and get rid of our disappointment. We want to win this tournament so as to move to the third and final round with the right confidence”.

By having a look at the current European Ranking as well as at the recent performances of the six teams playing in Almere, the “Oranjes” stand a good chance and shall win the tournament. However, it will take five days and a total of 15 matches to determine the three sides that will eventually make the last round of the World Championship qualification process.