CL: No problem for Piacenza

Piacenza completed 3-0 sweep over Marek Dupnitsa after 70 minutes in Palabanca in Piacenza. 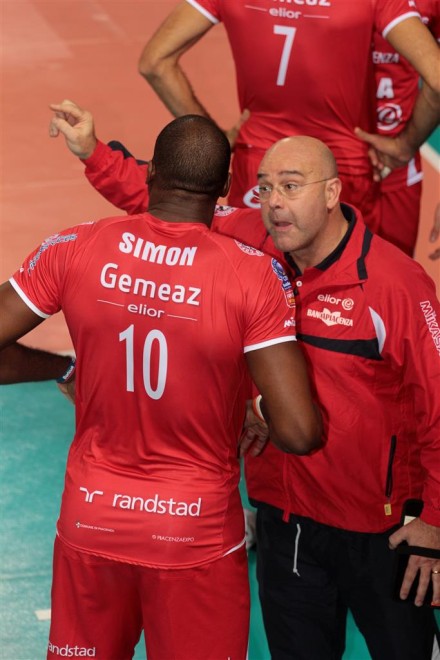 Even before the match, nobody really expected Piacenza to drop a point, god forbid lose versus Marek Dupnitsa at home, but Bulgarian side didn’t came to Italy just to be a spectator. Nayden Naydenov’s men fought the best they’ve could, but sheer individual quality of Piacenza was way to strong.

First two sets, were over all ready at it’s middle parts (25-15, 25-21), but then Bulgarians started playing great. Substitute Mandzhukov had 10 points and played great but lead of 19-21 wasn’t enough for Marek to get them a set win, Piacenza turned result around and won it 26-24.

Vettori was the top scorer with 14 points, and followed up by Papi with 10 and Mandzhukov who had, also 10.