After two wins, Budvanska Rivijera finaly lost and is now standing at the third place in the Pool C. Paris second with also two wins in three matches. 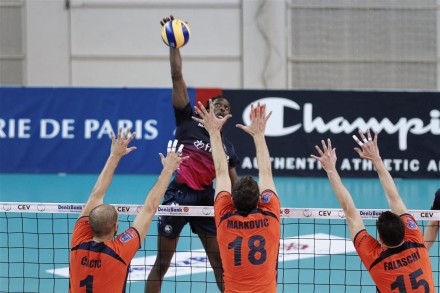 Paris had tough time in the first set breaking Budvanska Rivijera’s spirit, but after win in that close first set (27-25), Motenegrians lost their energy and flow in game. Second and third set were very dominant performance from Paris who got much needed win.

Mory Sidibe (15 points) and Marko Ivovic were just too much for the Montenegrian squad. Serbian had a game’s high 16 points on an unreal 16 out of 14 attack! Budvanska Rivijera actually had a nice game in attack, but defence was unable to slow down Paris. Aleksandar Minic recorded 15 points, while no other of his teammates reached 10.

CL: No problem for Piacenza