Villaguay, Argentina, March 19, 2012 - This Sunday, March 18, the Entre Ríos Volleyball Federation held its regular Assembly at Club Sarmiento of the city of Villagay, to renew authorities for the next three years. The new president is Carlos Becker, replacing Jorge Torres, both at FeVA Board of Administration. 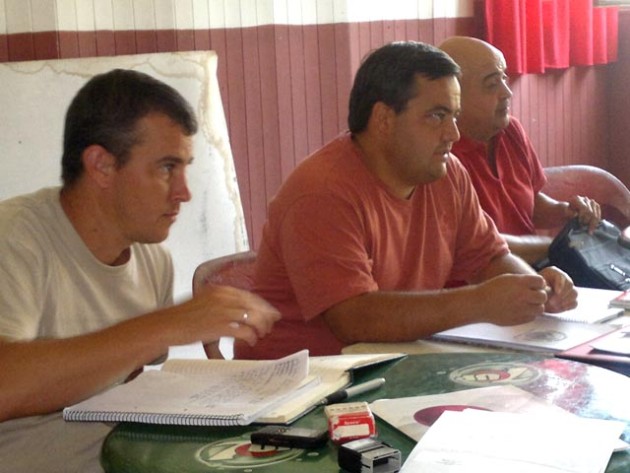 “We are satisfied with several of the goals obtained but many are still pending” started saying Torres.

“Our federation is organized, we do not have financial troubles and we have two floor facilities and province teams uniforms. Last year we included a sport hosting and now we look forward to obtain our HQ” added FEVA 4th Vice-President.

Competing Entre Ríos keeps growing at local and national competitions and the results can be seen at the National Championships and Argentine Cups.

Beach Volleyball is also very important for the province organizing every day more open tournaments for all categories and gender. “To grow we need competitions. We have every day more beach volleyball players that shine all over the country with our women team competing now for a place at the 2012 Olympic Games. Three of the four players that will face Uruguay are from our proving“.

The official mentioned that many people are working towards the development of Volleyball “no matter their working place”.

One of them has been Entre Ríos Volleyball President, Becker. “We will go on the same path, growing and improving, there are some things to work on but most of them are on the right way” he added.

“Entre Ríos does not stand easily for the rest of the country, distance and fees play against us but we want to support teams playing the Argentine League like Estudiantes de Paraná and Pescadores de Gualeguaychú” he finished saying.

He also mentioned that they will look forward to new competitions and that for the first time, he was at a FEVA meeting where “we talked about volleyball for over eight hours trying to solve any problems that might arise” he added. His work heads towards FEVA Talented Plan Committee and Sport Organization.