QAT M: The best season ever in Qatar

More than three months of non-stop action, with a total of 110 matches and the winner has been decided in the last match. It could not be better than this! 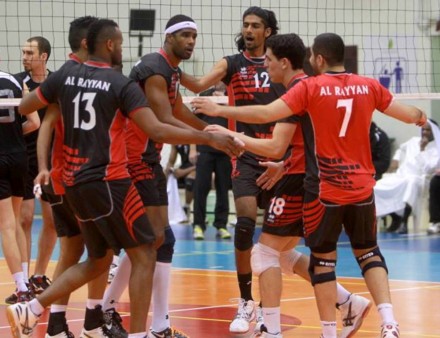 As the curtains came down on the league, the Qatar Volleyball Association General Secretary Mohammed Ali Al Mohannadi reflected on the nerve-wracking drama that sent the calculators in an overdrive for a while.

“In the last match of the league the winner were decided and that is something we have never had in the history of the Qatar`s League. This is exactly what we wanted when we revised the tournament format in 2012. The thrilling drama which we saw last year with four teams vying for title at one stage was re-enacted this season as well. There was more drama in store this time as the race went down to the wire,” said Al Mohannadi.

“This is the best season in the league so far. For the first time, we had three teams having an equal chance of winning the title,” added Al Mohannadi.

See more photos from this competition on Qatar`s FB profile.

Watch video from Qatar on WoVVideo.