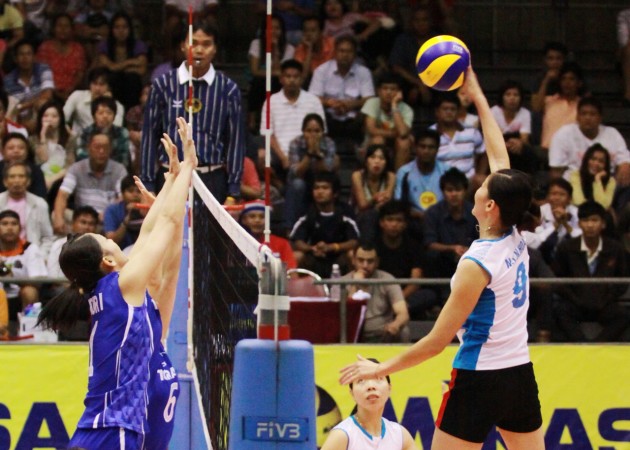 “Today, we played comfortably against the Malaysian team,” Tianjin coach and former China women’s coach Wang Baoquan said. “It’s just because both of us played with different levels. I’m happy that my players performed up to their standards. Everyone in my team did a good job.“

“Actually, there are two Chinese national players in our team, but two of them have already joined the squad for future major competitions,” he added. “In our tough match against Kazakhstan’s Zhetyssu on the previous day, we won the first two sets because the Kazakh team did not fare well. However, they recovered fast in the next two sets with the use of the improved tactics and techniques we did not cope well with. That’s what counts for our loss in the third and fourth sets. Fortunately, we fought bravely for the comeback win in the deciding set.“

“As far as I’m concerned, the Kazakh team came much stronger this time. They prepared well for the tournament. On the previous day, we had a chance to watch the match between Japan’s Toray Arrows and Thailand’s Chang. I admit that Chang played well. It’s possible that we will take on the host side in the semi-finals and it must be a good match out there. We have played the Thai team for several times. We will do our best to beat them before their home crowds this time.”

Earlier, Iran’s Gitipasand, playing their first match in the week-long tournament, pulled off a straight-sets (25-23, 25-11, 25-16) victory over Asia World VC, dealing the Myanmar their second-straight loss.