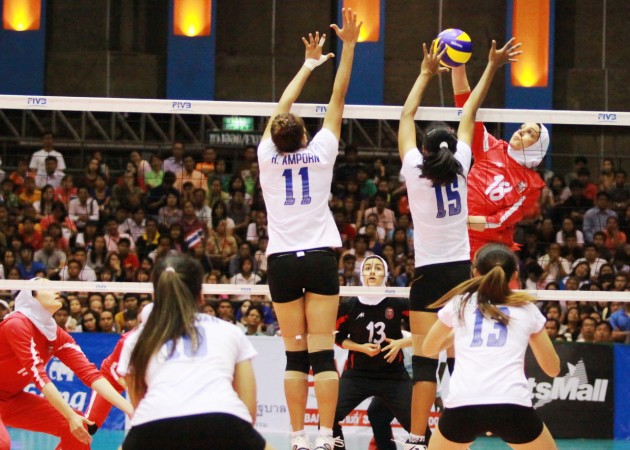 With five teams contesting the round-robin preliminaries in Pool A, each participating team has to play four matches.

Toray, this year’s winners of Japan’s V-Premier League, have already beaten Thailand’s Chang 3-2, Vietnam’s VTV Binh Dien Long An 3-0, Iran’s Gitipasand 3-0 and add Asia World VC to their list of casualties as they finished top of Pool A with 11 points.

Hard-hitting Saki Minemura and Arisa Takada were central to the victory as they tore through their rivals’ defence with a number of exceptional spikes.

The loss means Asia World VC drop to fifth in the group and means they are yet to win a set. They will face Thailand’s Chang, who fielded every player in their team to beat Iran’s Gitipasand in straight sets (25-11, 25-19, 25-18) on Tuesday, in their final preliminary clash.

“I admired every player in my team for their good performance in the match against Gitipasand,” Chang coach Kiattipong Radchatagriengkai, “The Iranian team also performed well up to their standard. I fielded all players in my team to this match because I wanted them to gain valuable experience, especially the young players.”

“In the third set, I sent all seniors to the court to check if they are still in their good form,” he added. “As far as I see them play, their form is alright despite the fact that some of them came up with unforced errors.”

The Kazakh side will face Sri Lanka’s S.L.B.F.E in their final match on Wednesday.

CHN: AVC Board of Administration meeting takes place in Beijing