The NORCECA Women’s Olympic Volleyball Qualification Tournament was officially announced on Thursday at the Grand Hotel Tijuana by NORCECA President and FIVB 1st executive vice president Cristobal Marte Hoffiz, along with authorities of the Mexican Volleyball Federation and the Local Organising Committee. 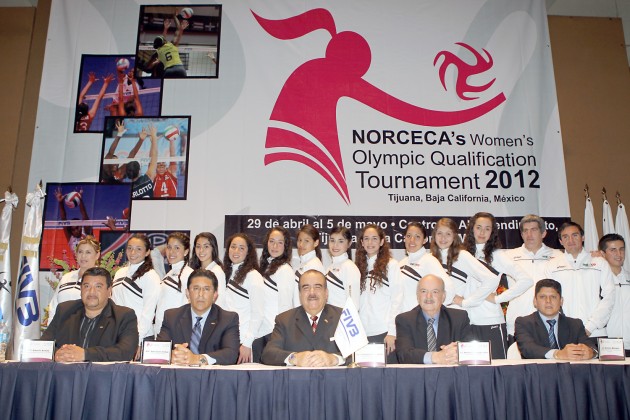 The event is one of the five FIVB continental Olympic qualification tournaments where the winner will claim one of 12 vacancies at the 2012 Olympic Games.

“Mexico and especially the state of Baja California have become a very important destination not only in matters of tourism, but also in the sport at the national, continental, intercontinental and international level,” Mr Marte Hoffiz said. “Baja California hosted the first women’s and men’s Pan American Cups, and now the eyes of the world will be focused again in Mexico“.

“Two of the best continental events have started in this region thanks to the support of NORCECA,” Local Organising Committee CEO Saul Castro Verdugo pointed out.

During the press conference, the national teams of Mexico and the Dominican Republic were presented, along with players and staff from the Cuban Under-20 team, who are holding a training camp in Tijuana.

Sunday will see the opening ceremony and start of the competition, which will end on May 5. The quarterfinals are scheduled for May 2, the semifinals on May 4 and the final on May 5.