The semifinal schedule for Group 3 of the FIVB World League has been announced. 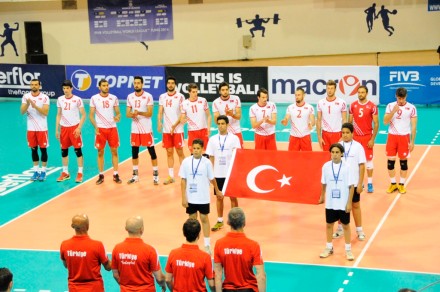 Cuba will face China in the first semifinal at the Bursa Cansizoglu Volleyball Hall in Turkey at 2 p.m., local time, on June 28.

This will be followed by the second semifinal between Turkey and Slovakia at 5 p.m.

The 28 teams in this year’s World League were divided into three groups, with Group 3 consisting of Pools F and G, both with four teams each.

After two weekends of round-robin play earlier this month, Cuba won Pool F with a 5-1 record, while Turkey were second with a 4-2 record. Mexico (2-4) were third and Tunisia (1-5) fourth.

As hosts, Turkey were already qualified for the Final Four, meaning the second-placed team in Pool G would take the final spot.

The Final Four for Pools C, D and E will take place on the weekend of July 11-13, with the winner there advancing to the Final Six for Pools A and B from July 16 to 20.

PHOTO OF THE DAY VOL.2: Kosheleva vs watermelon

THA M: This guy scored with his...