Orange gets its new coach. Club Vaucluse has today announced the official arrival of the Dragan Mihailovic from Serbia as new coach in League B. 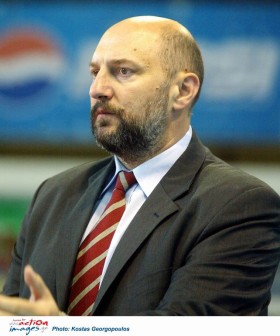 Orange will count on a “internationally recognized and experienced coach,” explains Christian Strehlau, sport manager of Orange, to clinch the playoffs next season. He won several medals as an assistant coach with Serbia at the World Championships, European and Olympic Games, Mihailovic also led several national teams as a head coach. He spent some years in prestigious clubs like Orestiada and Panathinaikos from Greece . He also had an experience in the championship of France with the Arago de Sète in 2001 (4 th place in the Pro A). “This recruitment is in accordance with the will of the club to pass on a new,  highest level of French volleyball. His experience and expertise will help us strengthen the competitiveness of the team , hopefully, we will come in  the playoffs next season, “says the manager of Orange Volleyball Club.