Last night Montenegro has won the European League and the top scorer Miloš Ćulafić (20 points) was presented with the award for the MVP of the finals by CEV Vice President Jan Hronek. 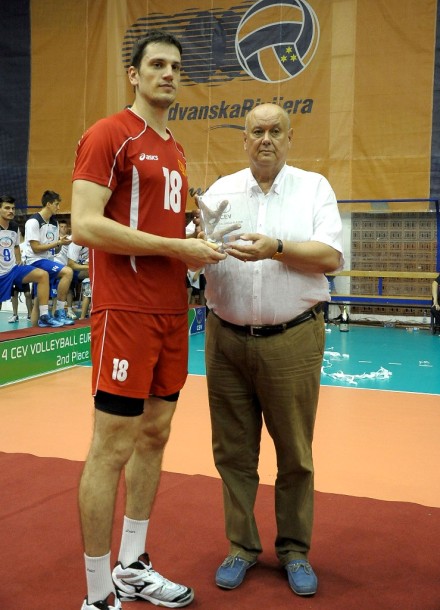 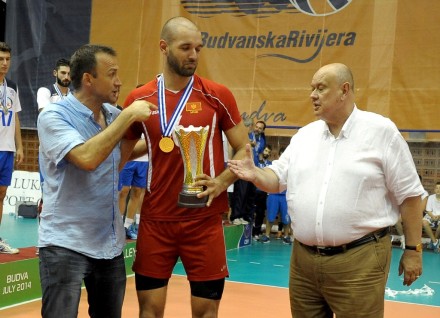 “It was a very tough game where we started bad and lost the first set,” commented the captain of Montenegro, Vojin Čačić. “However, we were able to come back after this poor start. Maybe we felt a little bit the pressure and we also expected that they would not play as good as they did. After losing the first set, we improved our game and played almost without mistakes until the end. We stopped Tzourits and we won the European League.”

On the other side:

“I just ran out of fuel and could no longer play at the level I showed in the early stages of the match,” said Greece’s team captain Mitar Tzourits. “We are a young team and we did our best. We have to move on. Congratulations to the team of Montenegro who deserved this victory and the title.” 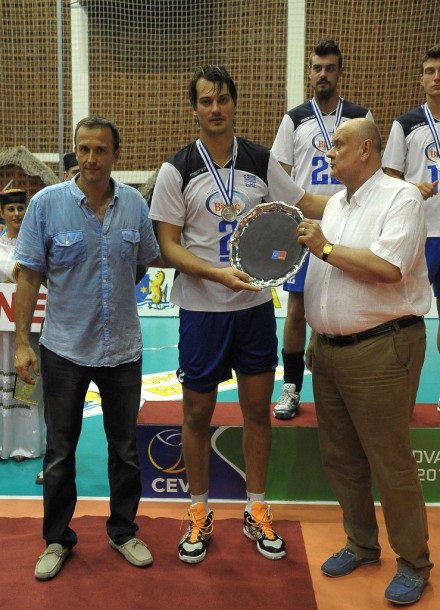 To read more about this competition, to see stats, video and photos click on European League 2014 M.