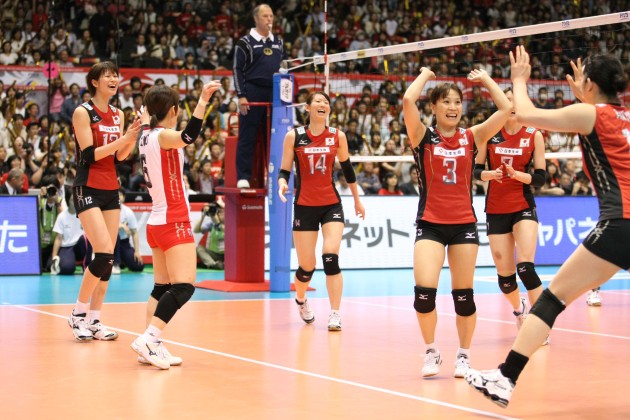 The eight-team round-robin competition offers the last four women’s volleyball tickets to the 2012 London Olympic Games, to the top-three finishers and one for the highest ranked Asian team as the event doubles as Asian Continental Olympic Qualifier.

“The first day is always tough for everybody. We didn’t play so well, but we did win”, Serbia coach Zoran Terzic said. “We can’t be satisfied, however. We will have to play much better against teams like Russia and Korea if we hope to advance from here.“

“I’m glad our players followed the plan for this game”, Russia coach Sergey Ovchinnikov said. “This is why we won. We didn’t relax during the match and kept our focus.“

“We were very happy to beat such a world power like Cuba“, Korea coach Kim Hyung-Sil said. “Four years ago we lost and didn’t want it to happen again. We won today because we were mentally strong. We will continue to fight for the ticket to the Olympic Games.”

“This being the first game, I was a little worried at the beginning“, Japan coach Masayoshi Manabe said. “The fact that we were able to win 3-0 made me very relieved.”

THE LEGEND IS BACK – Giba comes...