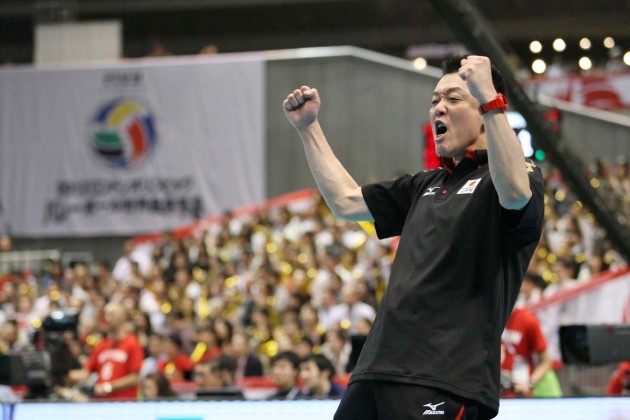 It was power against power as the sides blasted away in the first five-set match of the tournament. Saori Sakoda and Saori Kimura spearheaded the Japan attack with 20 and 19 points respectively. Yukiko Ebata contributed 10 tallies.

It was Sakoda‘s late-match heroics that carried Japan to the stirring victory this night as she dominated in the fourth and fifth.

Yoana Palacios had a match-high 22 points in the loss. Wilma Salas added 19 for Cuba while Rosana Giel and Yanelis Santos finished with 17 and 16.

Cuba made 40 unforced errors compared to only 11 by Japan. The defeated side held the advantage in blocks 16-4 and both sides scored via 8 aces.

A block by Yusidey Silie put Cuba up 6-3 in the first set and Japan called a timeout. A spike by Ebata sailed long and Cuba led 8-3 at the first TTO. Mai Yamaguchi‘s spike made it 9-5. Yanelis Santos blasted a spike to make it 12-6 for Cuba. A dink by Yamaguchi took it to 14-9. A perfectly placed dink by Salas gave Cuba a 16-11 advantage at the second TTO. Ebata and Kimura unleashed consecutive spikes to cut Cuba’s lead to 17-14 and Cuba took a timeout. Salas leaped high for a spike for 18-14. Palacios crushed a spike to make it 20-15 and Japan called a timeout as they could feel the set slipping away. Kimura‘s spike made the score 23-18 for Cuba. Palacios drove a spike into the net for 23-20 and Cuba called a timeout. A block by Nana Iwasaka pulled Japan within a point at 23-22 and then Palacios sent another spike into the net and Japan had equalized. A reception error by Cuba gave Japan set point at 24-23 and Ebata smashed a spike to give the Japan the set and send the home crowd into a frenzy. It was an incredible rally that Japan pulled the set out with, scoring the last eight points in dramatic fashion.

A block by Leanny Castaneda gave Cuba a 6-3 in the second set. Ebata‘s spike pulled Japan within a point at 7-6, but Ebata sent a serve long and Cuba was up 8-6 at the first TTO. Palacios blistered a spike and Cuba was on top 10-8. A service ace made it 12-8 for Cuba and Japan took a timeout. Silie ended an excellent rally with a quick dink and Palacios followed with a service ace for 14-8 and Japan called time again. Rosanna Giel misplayed a spike but it still went in and Cuba had a 16-8 advantage at the second TTO. Kanako Hirai‘s service ace pulled Japan within 17-12. Castaneda blazed a spike off an option play and it was 20-14 for Cuba. Saori Sakoda‘s spike down the middle made it 22-17. Cuba responded with a spike from Giel and was two points from the set at 23-17. Cuba seized the set 25-18 with another spike.

A dink by Hirai put Japan in front 5-4 in the third set. A superb return by Kimura saw Japan on top 8-5 at the first TTO. Sakoda‘s spike made it 10-8 for Japan. Giel‘s spike evened the score at 11-11. Cuba misplayed a service reception and Japan was back up by two at 13-11. Risa Shinnabe‘s spike took it to 15-12 and then Santos misplayed a reception and Japan led 16-13 at the second TTO. Cuba sent a spike long to make it 19-14 and called a timeout. Kimura‘s spike gave Japan a 22-15 lead as they closed in on the set. Cuba sent another spike long and Japan had set point at 24-16. They took the set 25-16 on a block.

A Salas spike moved Cuba in front 5-3 in the fourth set. Salas blasted a spike and Cuba led 8-5 at the first TTO. Palacios spiked to give Cuba a 10-6 lead. Kimura‘s spike made it 15-12 and Cuba called time. Gyselle Silva‘s spike sent Cuba into the second TTO with a 16-12 lead. A block by Giel took it to 20-15. A serve from Kimura just limped over the net but pulled Japan within four at 22-18. Shinnabe‘s spike made it 23-20 as Japan tried to repeat its magic from late in the first set. Giel’s spike gave Cuba set point at 24-20. Three straight spikes by Sakoda made it 24-23 and Japan had hope, but Silva crushed a spike 25-23 and Cuba had evened the match 2-2.

Sakoda soared for yet another spike and Japan was up 4-3 in the final set. Salas finally blocked a Sakoda spike and edged ahead 6-5. A spike by Salas gave Cuba an 8-7 lead at the TTO. Another Sakoda blast leveled it at 9-9 and Palacios then sent a spike into the net. A service ace gave Cuba back the lead at 11-10 and Japan called time. Japan went up 12-11 on a misplayed reception and Cuba called time as the tension built. Palacios spiked to tie it again at 12-12 and again Palacios botched the serve to give Japan the lead. Salas spiked to make it 13-13 as the match neared the finish line. Giel then served into the net to give Japan match point, but Silva spiked to level at 14-14. Sakoda soared again for a spike and Japan had match point again. Salas ripped another spike and it was 15-15. Once again it was Sakoda to the rescue and Japan had its third match point. Japan won it when a Cuba spike sailed wide.

SRB M: The Greeks will play for...