CL W: She is back – Grande Lucia Bosetti

In 2015 and Pool B everything is clear. Fenerbahce and Azeryol have scored new victories. 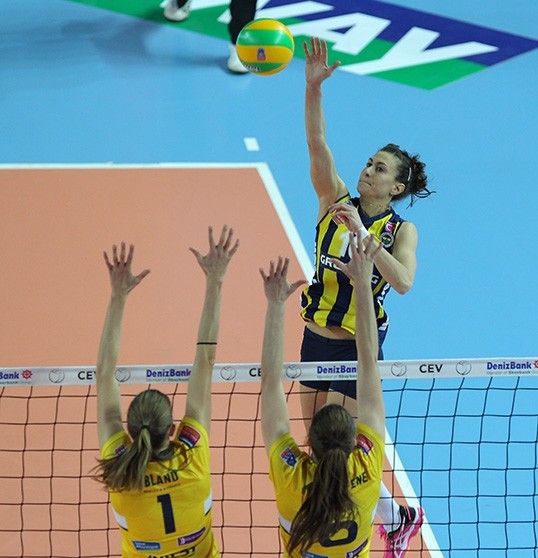 Leader of the Pool B Fenerbahce has defeated Nantes in straight sets after 69 minutes.

Kim Yeon-Koung was the best scorer with 17 points followed by Lucia Bosetti 16, who played her first official game in jersey of Fener and Madelaynne Montano 13. (photos)

In the second match of the Pool Azeryol was too strong for Stiinta Bacau. They have also celebrated their win after three sets and the Bulgarian star Strashimira Filipova was the leader with 15 points.