Several players of the Juncos’ Valencianas are near to set historic statistical records at the Puerto Rican Women’s Superior Volleyball League. 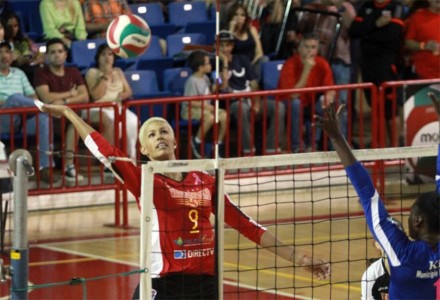 Captain Sheila Ocasio, for example, needed only two points to get a total of 2000 in her career to become the nineteenth to achieve that goal.

Vilmarie Mojica is just nine assitances  shy to be fourth place among all time setters. She looks forward to tie the 4,522 assitances record with Doris Torresola.

Meanwhile, Cuban born, but naturalized player, Yasary Castrodad is just 16 blocks away to become the third one to reach 900. Only Jetzabel Del Valle and Michelle Maltes have reached that milestone according to the Puerto Rican Volleyball Federation.

The Valencianas had a sensational defensive week, with a total of 40 collective blocks record in eight sets, with 26 on Friday February 13 against Mayaguez to set a new collective record at the Womens’ Superior Volleyball League.

Some other athletes that are near to set new records are opposite players Vanessa Velez of Carolina and Shirley Ferrer of Catano. Velez will look for one more block to reach the 300 and become the 24th player to do it.