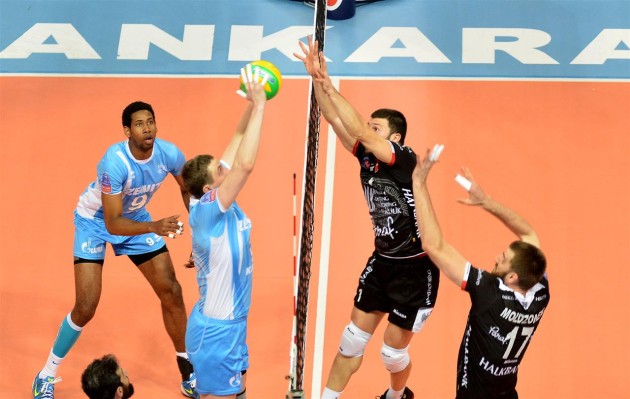 The opposite of Halkbank, Sokolov opened the first set with strong aces for lead of 4:1. On the other side  Maxim Mikhailov got angry, he scored few points in row while in that moment the hosts made mistakes for series of 0:6 for Zenit (4:7).

On the result 7:10 for the Russian giant Sokolov attacked “block out” (the ball hit Wilfredo Leon in the head and went to out) but the second referee said that it was his mistake. After short discussions the captain of Halkbank Ulaş got yellow card.

In one moment of the set the team of coach Alekno was leading 8:14 but HalkBank  equalized thanks to the good service 15:15! From that moment teams played point by point until 20:20. With good play of Subasi the domestic team took lead of 22:20 and Sokolov brought set point 24:22. Tekeli used the second one for 25:23 and 1:0. 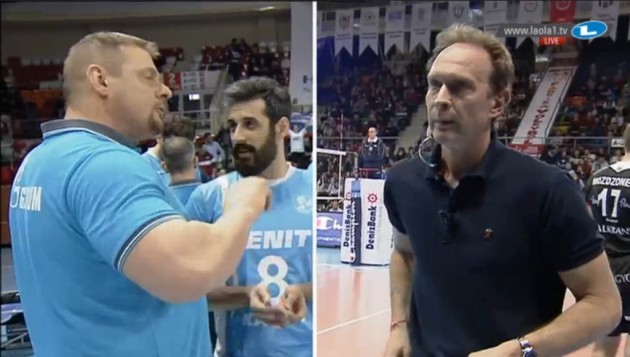 The second set Halkbank started in the same mood. They led 3:1 when Zenit  equalized and then went on the first technical time out with 6:8. Only once until the end of this period the result was equal (9:9) because Zenit  played much better during the whole set. Over Anderson , Leon  and Ashev , they escaped on +7 (13:20) and with three service mistakes of Kubiak, Batur and Sokolov , Zenit finished this set 17:25.

This was amazing set. Halkbank played on high level! In the first TTO they had 8:3 after ace of Batur and soon on the scoreboard has written 13:7. Both teams made a lot of service mistakes but Sokolov  was just unstoppable. Zenit  came near 15:13 and 18:16 after strong attacks of Leon  and Anderson, but the Turkish leader scored points in row for +8 (24:16) and Resul used the second ball for 2:1 in sets and 25:18.

Saeid Marouf  started the fourth set after Alekno changed him at the middle of the third set. But this situation didn’t bring anything special for Zenit because match was played point by point until 8:8. Subasi won points in row for 11:8 while Sokolov  brought Halkbank leadership of 16:13 and 17:5.

After that moment Zenit behaved as if nothing had happened. Over amazing attacks of Leon  they equalized 17:17 and the teams fought until end. After three equalization Anderson won 23th point, Mikhailov brought set point while Leon  in his style scored 25th for the semifinals of the Champions League 2015. 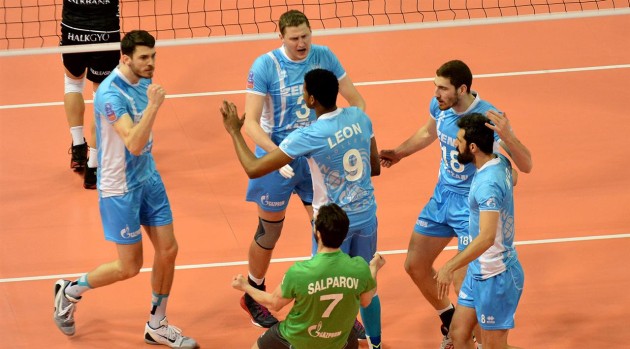 Everything was over so the teams played just for the spectators in Ankara Baskent sport hall. Alekno rested the main players while Halkbank changed some players. Zenit led 9:12 but after mistake of young Russian players domestic team took lead 14:13. After time out of Zenit  they equalized 14:14 but team from Ankara finished 16:14 after mistake of Poletaev.

Nice, the Turks even this time didn’t manage to qualify with all the money they have! Last year they payed to play and organize F4 in Turkey spending unbeliveable money, and also this year with 6 foreign players (sorry for the best payed player of the team Osmany) couldn’t make it! Money cannot buy you trophies! It is like this and it will always be! Good luck Zenit!