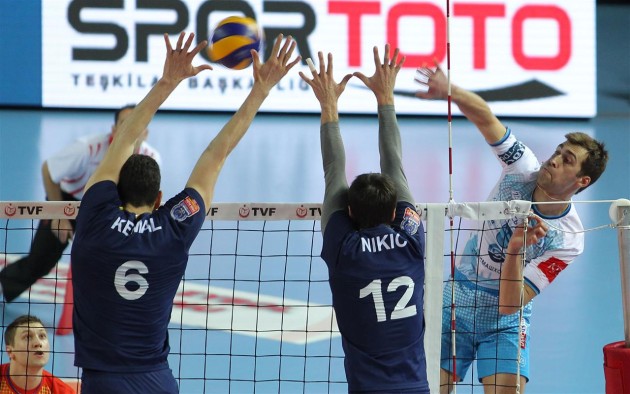 Russian team is the first semifinalist of the CEV Cup 2015 after they won two sets against the Turkish giants in away.

Because Dinamo Moscow finished first match in straight sets Fenerbahçe needed win of 3:0 or 3:1 for golden set, but tonight everything “fell into the water“ after Fenerbahçe lost its chance after leadership of 2:1 in sets.

The fifth set belonged to hosts but it was just formal, without significance.

The best scorer of the match was Fenerbahçe opposite Ivan Miljkovic who scored 22 points followed by Wout Wijsmans 16 and Marcus Böhme 12. On the other side the Russian national player Denis Biryukov  scored 20 points while Yuriy Berezhko 17.

After the break due to injury Ivan Zaytsev entered in the third set and stayed until end, he scored 13 points.