The fourth consecutive time Vakifbank will play in the final tournament of the CEV DenizBank Champions League for women. In rematch against Fenerbahce they lost 3:2 (25:20, 25:20, 21:25, 17:25, 15:12) but winning two sets were enough to resume the competition. 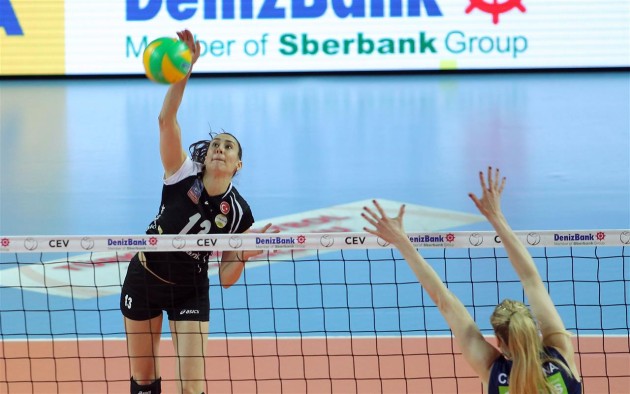 Tonight, the team of coach Giovanni Guidetti  made a remarkable turnaround against Fenerbahçe in the re-match. The domestic team led 2:0 in sets but Vakifbank did everything to reach its goal. The girls played without error whole third and fourth set, and deservedly placed on the F4.

From the beginning of the match Fenerbahçe started aggressive and with lot of motivation. They knew that they needed win for eventual golden set and for the new chance for the F4.

The first set was opened with play “point by point” until the first TTO which took Fenerbahçe after block of Eda Erdem 8:7. That was crucial moment because after that the host did not know for a lost ball. At result 21:17 for Yellow Angel Lucia Bosetti felt pain in her left knee and she went out of court. But, soon she returned to the game. 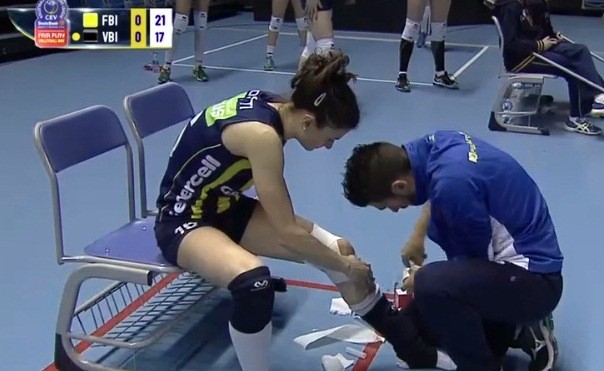 At the end of this set the scoreboard showed 25:20 forFenerbahçe .The second set was the copy of the first one. Domestic players were in the mood, they wanted this win so much and in one moment they had the leadership of 17:12. Vakifbank  came near 23:20 but over great Yeon-Koung Kim Fenerbahçe celebrated the lead of 2:0 – 25:20. 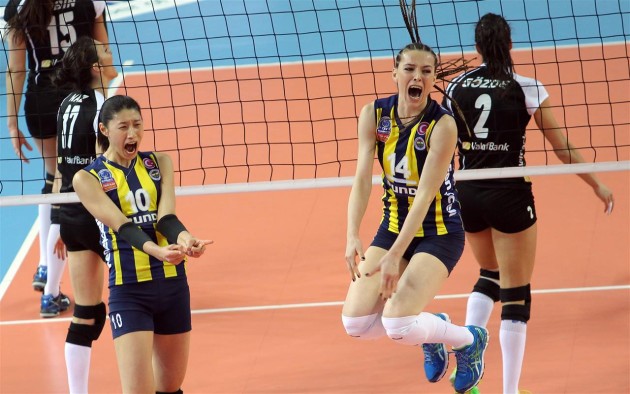 Third set was extremely uncertain. Teams played point by point but team of coach Guidetti went on the second time out with +3 (13:16). In the middle of the set Naz Aydemir Akyol fell on the court, she has injured the left ankle, but it turned out to be nothing serious. Yeon-Koung Kim was unstoppable on the net, she scored point for 21:22, but Vakifbank was better at the end. They won three points in row for 21:25.

Everybody thought that match will belong to Fenerbahçe  but Vakifbank did not give up. They played as the first two sets were not even exist. In fourth set they were leading 5:10 and 7:12 thanks to captain Gözde Sonsirma who was amazing. Vakifbank led 11:15 and after long rally they went on the  second TTO with 13:16.

After point of Milena Rašić Fenerbahçe called time out but with new mistakes the opponent went on +6 (15:21) and everything was clear in that moment. Elitsa Vasileva and Milena Rašić stopped Madelaynne Montano with block for set point 15:23 and in the next action Sheilla Castro brought Vakifbank the placement of the final tournament of Champions League. – 15:25.

The fifth set was pure formality, and it went to the host 15:12.

Fenerbahce destroyed pretty strong men’s team to invest more on women’s team. Now, everything fade away. Maybe, they now have realized that Galatasaray lost three years with a short setter, Lo Bianco. At this kevel, it is almost impossible with a very short setter. Firstly, she has apparently no block at the net. Secondly, with a little high receiving, she can not save the ball. Congratulations to Vakifbank, I hope that they can pass through Ezcacibasi.

They put the money to women’s team because they thought the women had bigger chances to win!!! Compare the money the club spent on women team in the last 3-4 years and what they really achieved?! Only expensive players and bad decisions

IND W: Serbian opposite in Indonesia