The two finalists of the Danish men’s national league are known. Gentofte, who won silver in the last three consecutive years, will face the team of Middelfart in the Championship series 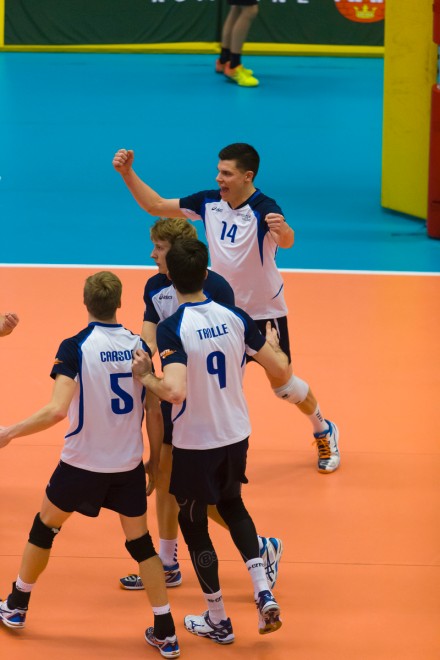 The Danish Volleyball League, Volleyligaen, is entering its final stage. The two teams ready for the finals are Gentofte and Middelfart, who both claimed their respective semifinal series with three straight wins.

Gentofte have won silver for the last three years in a row. In their semifinal they faced the reigning Danish champions Marienlyst. Gentofte showed little sign of impression and downed their opponents in three rounds. Gentofte  have already won the Danish Cup this season and are now chasing the ‘double’.

Their opponent in the final will be Middelfart who got bronze last year and two years ago as well. Middelfart were the dominant force in the regular season, only losing one single match – this was to their Championship final opponent, Gentofte.

The Danish Championship final will be the same as in 2012, which was the last time Gentofte and Middelfart met each other in a fight for the gold medals. That time, Middelfart eventually seized the title.

The finals will be contested according to the format ‘best-of-five’.