The cities of Plovdiv and Samokov in Bulgaria are prepared to host the Final Round of the 2015 CEV U18 European Championship – Women, a competition that will grab the attention of continental Volleyball from March 28th through April 5th, 2015. Twelve teams are making their way to the two Bulgarian venues in an anticipated quest to glory; nine days of competition that will showcase the rising stars of the sport. 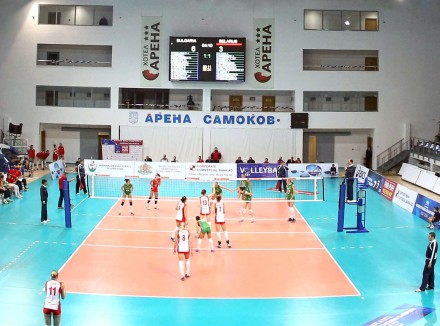 The national teams of Bulgaria , Belgium, Turkey, Netherlands, Poland , Czech Republic, Serbia ,Russia, Germany , Italy , Slovenia and Greece will clash for the European title thus demonstrating the excellence of their enthusiastic young players, in a showcase of the future stars of European Volleyball.

In Pool I, the matches to be held in the city of Samokov will feature the current title runners-up, Italy, a team that will try to repeat qualification to the Final match of last year, while the co-host of the 2013 CEV Youth Volleyball European Championship, Serbia will continue its dreams of reproducing the effective performance in 2013 FIVB U18 World Championship with this generation of players. In the meantime, Greece, fifth qualified team in the final round of the last European tournament of the category, will try to shine against other great powers of under age level. Germany and Russia, for their part, will intend to continue the winning streak initiated in the second round, as both squads dominated Pools D and H, in that order. Slovenia earned the ticket to the final round after finishing in second place of Pool G, with two victories and a defeat against Belgium.

The city of Plovdiv will act as venue for Pool II and will welcome matches featuring some of the candidates to glory. The defending champions Poland aim at earning its second consecutive title, whereas bronze medalists and 2011 CEV Youth European champions Turkey will act as top favorites for the crown. The teams of Belgium and The Netherlands will also play their cards, as both squads arrive at the competition after respectively leading Pools G and F in the second round. Czech Republic achieved qualification for the final round through its second position in Pool H. Meanwhile, tournament hosts of Bulgaria expect to use the home ground factor in their intentions to cause sensation in front of the local ebullient fans.

Poland won the last edition of this Championship after beating Italy in a spectacular final match resolved in a breathtaking ending. Polish girls made history as they saved five match points to claim gold in the thrilling tie-breaker (16-18). Turkey reached the third place of the final podium after overcoming Serbia 3:0 in the bronze nedal classification match.

OI 2016: “Brazil is on the right track” said legendary Giba