Two-time women’s gold medalists Japan, ranked third in the world, will take on world No. 16 Algeria in the opening match of the 2012 Olympic Games volleyball competition due to start at 09:30 (local time) on July 28 at Earls Court. 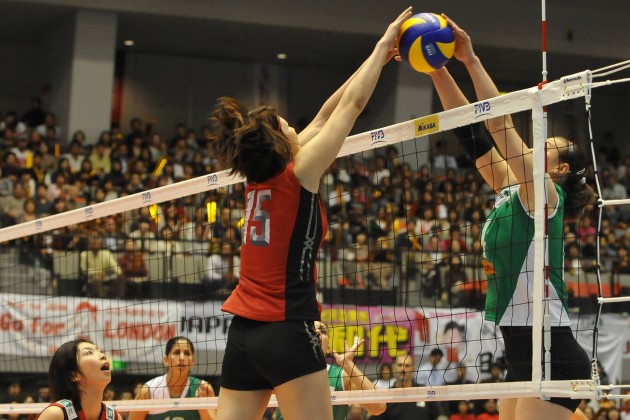 Japan and Algeria will open the volleyball competition at the 2012 Olympic Games. The two teams have only met twice before – at the 2011 World Cup and 2010 World Championships – with Japan winning both times in straight sets

Japan won gold at volleyball’s debut at the Olympic Games in Tokyo in 1964, before winning again in 1976. The two golds were split by two silver medals at the 1968 and 1972 Olympics. For Algeria, London will be only their second appearance at the Olympic Games after finishing 11th in 2008.

The men’s competition will start the following day with hosts Great Britain – participating in volleyball at the Olympics for the first time – playing world No. 9 Bulgaria, who have featured seven times previously in the Olympics with a 1980 silver their sole medal reward.

“We are pleased to announce the schedule for the volleyball competition at the London Olympic Games,” FIVB President Jizhong Wei said. “Following the exciting qualification process we concluded earlier this month we can now confirm the timing of the exciting match ups ahead.”

London 2012 Director of Sport, Debbie Jevans said: “Everything is set for the London 2012 volleyball competition. The schedule has been announced by the FIVB and we look forward to both welcoming the teams and watching some exciting matches which will comprise the best players in the world.”

Defending women’s champions Brazil will open their campaign against Olympic debutants Turkey in the last match of the opening day at 22:00. A repeat of the women’s 2008 Olympic final between Brazil and USA will take place on July 30 at 16:45.

In the men’s competition, Beijing winners USA will take on 2000 champions Serbia – in a repeat of the 2008 quarterfinal which USA won in five sets – in their opening game at 16:45 on July 29. Their match against Brazil, which will replicate the 2008 final, will happen on August 2 at 20:00.