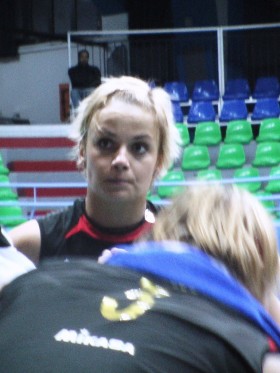 “This is a great opportunity. When I heard the proposal of Giaveno I would not even consider any other. The possibility of playing in here was too tempting. I thank the club for giving me this chance. I promise to make every effort. What do I expect next season? The club is building a great team, I’m sure we will do well” Melissa said

After a year of inactivity, the club he later announced the hiring of Jana Senkova. Born on 11 July 1982 in Sternberk in the Czech Republic, she played from 2008 to 2011 for Cariparma SiGrade Parma, club that went from A2 to A1 under the guidance of coach Bruno Napolitano.

General Manager, Antonio Vagliengo: “A great athlete comes to Giaveno, a player of considerable skill. This purchase is significant for several reasons. It will offer the entire team many technical and human qualities, we are very pleased with this operation.“