EL M: Netherlands finish atop of the charts in Pool B 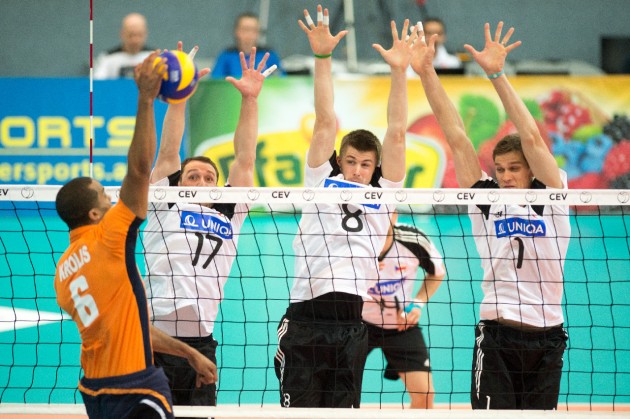 After a slow start, whereby they lost the opening set, the “Oranjes” imposed their pace thereby scoring their third win over the Czech Republic, waiting now to play Austria on Friday. Tony Krolis top scored for the Dutch side with 15 points while David Konecny contributed 23 points to the Czech count.

“We did not play that well in the opening set and our opponents were pressuring us a lot with their service. After that we pulled together, claimed the second set and the next ones were quite an easy walkover” commented Dutch head coach Edwin Benne.

“We played a great opening set but after losing the second, we just lost momentum and could no longer fight back” stated Czech mentor Stewart Bernard. “We have to work on this and not let it happen anymore”.