Japan women's head coach Masayoshi Manabe and captain Saori Kimura are focused on a top-two finish at the FIVB Volleyball World Cup 2015 and on qualification for the Rio 2016 Olympic Games. 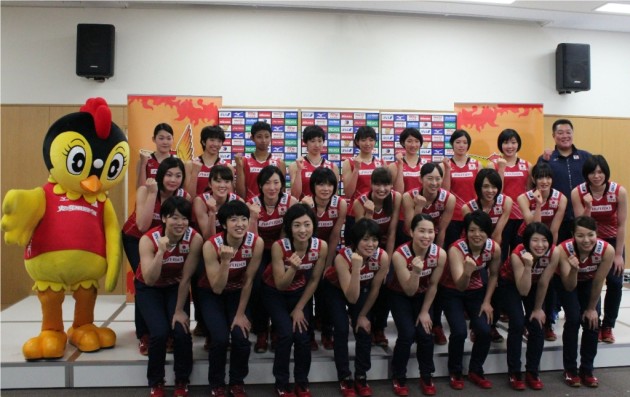 Speaking at a press conference on Wednesday, Masayoshi Manabe said:

“We are not satisfied with our result at the World Championship last year. This year, Japan will host the World Cup 2015. If we finish first or second, we will be qualified for the 2016 Rio de Janeiro Olympic Games. All of us will be united as one to achieve this goal and to be the world’s number one.“

Saori Kimura starts her third season as the captain of Japan’s women’s team this year. Speaking about her team’s objectives, she said:

“I want to encourage my teammates to work on creating a good mood when we are together. The final goal of this year is to get the ticket for the Rio de Janeiro Olympic Games in 2016. I want to achieve this goal and also get the gold medal in Rio de Janeiro.”

Manabe’s Japan will train in several cities in Japan until May 23. Their first international competition this year will be at the Montreux Volley Masters, which will take place from May 26-31. After the competition in Switzerland, they will fly to Brazil, where Japan will play a series of friendly matches against the Brazilian national team. One will take place at the Maracananzinho Arena, which will also host the volleyball tournament at the Rio Olympics. This summer, Japan will participate in the FIVB Volleyball World Grand Prix, before hosting the FIVB Volleyball World Cup from August 22-September 6 (women) and September 8-23 (men).