The head coach of Cuban national team, Rodolfo Sánchez, made the list of 25 players for the 2015 World League, but three of them have already asked to be excused from their obligations! 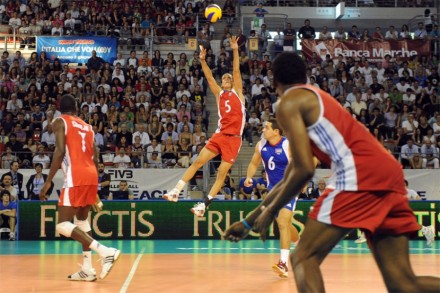 As the local web portal „Trabajadores“ writes that, despite the changed international relations by the Cuban Volleyball Federation which no longer forbids its players to go abroad, 3 members of its national team requested to be excluded.

These are the setter Leandro Macías and the middle blockers David Fiel and Isbel Mesa. All three did not give reasons for dismissal.

This is the preliminary list of the Cuban national team

That list should emerge the group of 12 players who made the first tour of the campus this season, including the matches against Canada (Calgary) and Argentina (Mendoza) and participation in the NORCECA Cup scheduled for mid-May in Detroit.

The experienced libero Keibel Gutiérrez did not appear among the called up players since he retired from the NT after the 2014 World Championship in Poland.

BRA M: Ranking points announced, is there going to be „Jaqueline case“ again?