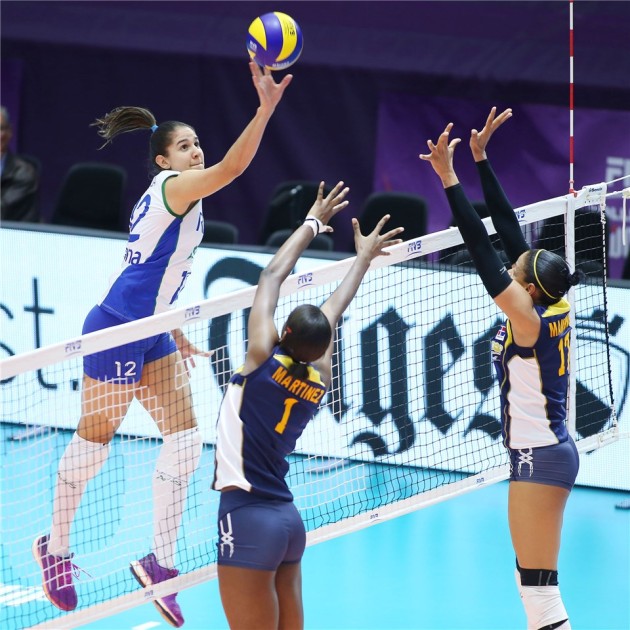 The Brazilian champion needed to win only two sets in tonight’s match to theoretically secure the first place in Pool A in front of the home team Volero.

Now, it awaits the outcome of Pool B where Japanese Hisamitsu and Russian Krasnodar face each other later on.

Mirador had no chances in this match even against combined line-up of Rexona since the coach of the Brazilian team Bernardinho rested some of the major players.

Natália scored 16 points in Rexona and was the best scorer of the match while in the squad of the Dominicans, Ceneida had 8.