WGP W: Cuba roll over Puerto Rico to clinch spot in Final Round 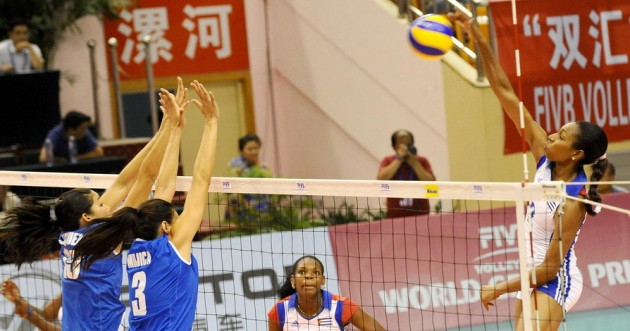 Cuba improved to 19 points after their final match of the Preliminary Round, one ahead of Germany – who had finished their final game – and three ahead of Brazil, who were playing unbeaten China in a later match. The victory meant that Cuba were guaranteed to finish in fifth or sixth position, good enough for a place in the Finals, which will also be held in China.

Puerto Rico managed to take an early lead in the first set, but Cuba’s attack and service proved too strong and they surged ahead to take the set 25-17.

In the second set, Puerto Rico led 8-3 at the first technical timeout before Cuba adjusted their tactics and went on a 9-1 run that put them firmly in control. They took the set by the same score as the first, 25-17.

The third set was much tighter and the scores stayed close, but towards the end Puerto Rico’s defence wilted, allowing Cuba to wrap up the match.