CEV: Another great Volleyball night coming up this Friday in Vienna

The 2012 European Volleyball Gala and the Drawing of Lots for the 2013 CEV Volleyball Champions League will take place this coming Friday in Vienna and namely in the already quite familiar scenario provided by the UNIQA Tower. 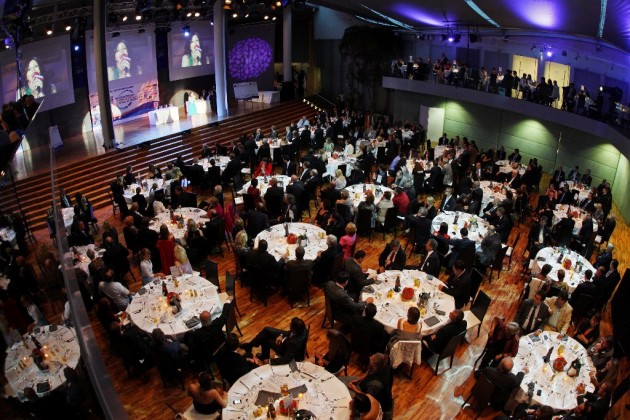 Austria’s capital city will be playing host to these events for the sixteenth time and the President of the Austrian Volleyball Federation, Peter Kleinmann, is more than proud of this achievement: “This sixteen years evidently show the very close cooperation and mutual understanding we have been developing with the CEV. I have to express my gratitude to our Sports Minister Norbert Darabos and to the Vienna City Councilor for Sports, Christian Oxonitsch, for their valuable help in staging this event here in Vienna. I really have to thank the local authorities for their long-lasting support”.

The DOL and the show that will be aired live by ORF Sport+ as well as streamed by LAOLA1.tv will start at 8 pm local time. The DOL for the 2013 CEV Volleyball Champions League will turn into a real milestone as the starting field was extended up to 28 and 24 teams in the men’s and women’s division respectively; the host country of the Gala, Austria, will be once again represented by Hypo Tirol INNSBRUCK in Europe’s most elitist competition. Italy, Russia and Poland are the nations that are participating with 3 teams per gender, while the contingent of Germany and Turkey stands at five in total.

The Gala will also turn into a unique opportunity to promote the 2012 CEV U20 Beach Volleyball European Championship that are scheduled for mid August and will be hosted by the Austrian city of Hartberg. The 2011 U20 European champions Katharina Schützenhöfer and Lena Plesiutschnig will also be in attendance thereby ready to interact with the host of that special evening, Michael Berger.

There will be the chance to witness also a charity action as the non-governmental organization MyAid will showcase its special campaign “Volleyball players against cancer” with the goal to collect funds to help children suffering of cancer.