In the second round of Qualifying Tournament for the 2015 World Cup in Japan, Argentina defeated Chile in the first match of the day while Venezuela took its first victory. 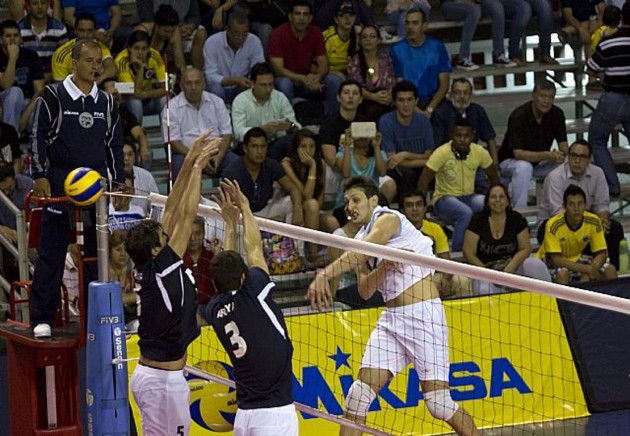 The four South American teams are competing in Cali (Colombia) for two spots for the World Cup which will be their first chance to qualify for the 2016 Olympic Games in Rio.

In a close and very interesting game between Argentina and Chile, the Argentinians got the win in straight sets with partial 26-24, 25-23, 25-14.

The players coached by Julio Velasco were superior in blocking (9 points) against Chileans who are showing significant progress in these qualifications.

The most efficient player of Argentina was Ezequiel Palacios with 13 points. On the Chilean side, Vicente Parranguirre scored 8.

Venezuela neutralized Colombia with its serves.

The Colombian Liberman Agamez scored the most points in the game – 25.

CSV Qualification Round / Round robin /