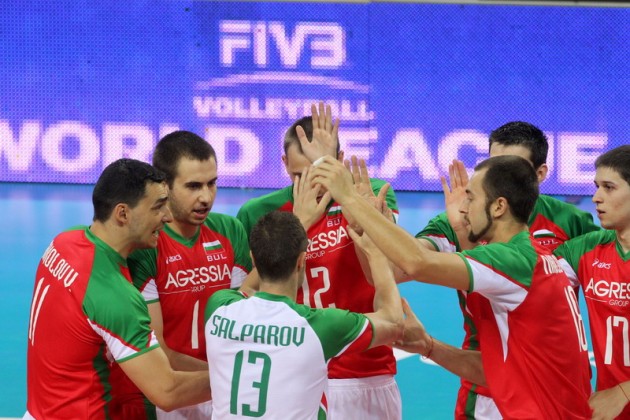 Portugal started well, giving the hosts a hard time. Lead by Alexandre Ferreira, the visitors used some smooth defence and a strong attack to take the opening set.

Bulgaria’s block began to click in the second and the pressure of the Portuguese attack became weaker and weaker. Then, hungry for action, Vladimir Nikolov and Todor Aleksiev led a solid comeback to draw level at 1-1.

Bulgaria carried that momentum into the third, taking an 8-6 and then 16-12 lead before taking the set and the advantage 2-1.