Russia and Poland at the opening of World Cup 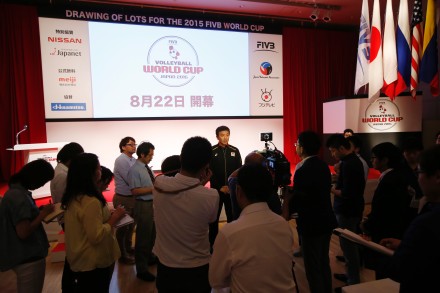 Russia won gold at the London 2012 Olympic Games, while Poland claimed the world crown in front of their home fans in 2014. At the most recent World Cup in 2011, Russia won gold and Poland  claimed silver, while the then world champions Brazil won bronze.

The World Cup takes place across Japan from September 8 – 23 and features 12 sides made up from the world and continental champions, the host nation, the four highest ranked runners-up from the confederations and two wildcard teams.

Russia and Poland are paired in Pool B in the first round and will also take on Argentina, Iran , Venezuela and the African champions in Hamamatsu.

There are 30 matches in the first and second rounds, which takes place over five days. Teams are divided into two pools of six teams. In the third and fourth rounds teams play three other teams they had not previously played over six days and 36 matches. At the end of the competition the medals go to the top three teams, who also earn a place at the Rio de Janeiro 2016 Olympic Games.

See the draw of Pools here.

Without Brazil 🙁 it does not make sense

you’re right without brazil all teams should think about walkover