Brazil coach Bernardo Rezende admitted it will a tough assignment to reach the semifinals of the FIVB World League Finals ahead of his team’s opening match against Cuba in a repeat of the FIVB World Championship 2010 final which will take place at the impressive Arena Armeec in Sofia, Bulgaria on Wednesday. 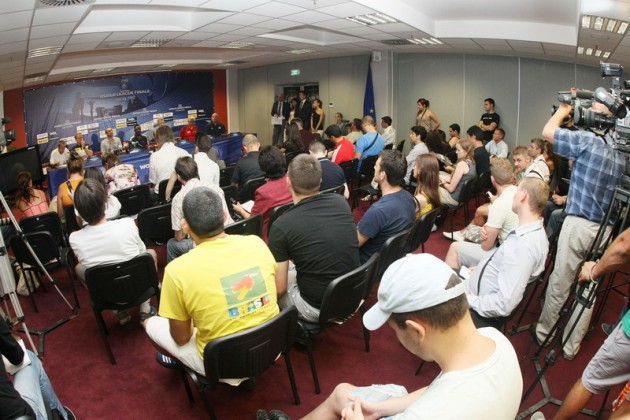 “We are very happy to be here as we have waited until the end of the International Round to qualify,” Rezende said. “It will be a very good test for our team and we hope we will play better than we did in the previous matches. We will definitely do our best and try to reach the semi-finals, because our group is difficult and the other two teams – Poland and Cuba – play well.”

World champions Brazil are the most successful team in the World League having won nine titles amongst 16 medals in total. Last year’s silver medallists have beaten Cuba, ranked 5th in the world, 27 times in their 51 encounters including 10 of the last 13 matches and the 2010 World Championship final. The World League record between the two teams in similar with Brazil leading the head to head record 12:10.

“We are satisfied with being here in the Finals in Sofia, where everyone wants do their best,” Cuba coach Orlando Samuels said. “We are a little different from the others as we are the only team that is not playing in the Olympics tournament. This is the reason that this competition is the most important for our team this year.”

The second match on Wednesday sees the hosts Bulgaria play Germany for the fifth time in this year’s competition with both teams having split their four encounters in this year’s World League however more importantly, Germany, who are making their World League Finals debut, beat Bulgaria in Sofia on Sunday in five sets.

For the last two months, I have spent two days in Belgium, seven in Germany and 20 in Bulgaria so we feel like half-Bulgarians already,” Germany coach Vital Heynen said. “It will be great to have some support from the local people. We have managed to win two out of four matches against the Bulgarians, both of them here in Sofia, and we are eager to have a third win. We look to the first match, because this will be the first step.”

Bulgaria coach Nayden Naydenov added: “As we are hosts of the Finals, the responsibility we feel is bigger than usual. We want to make all of the people who will be in the venue happy and satisfied with our performance. A lot of changes were made recently in our team, so these matches will be a good test and an opportunity to play against the strongest teams in the world just before the start of the Olympics.”

Overall, their World League record is similar having each won four of the eight matches previously however including other tournaments Bulgaria hold an impressive 18:10 record including 12 of the last 17 matches.

Andrea Anastasi, coach of Poland: “We are very happy to be here. The World League Finals have taken a special part of my life – my first matches in the Final Round were in Japan in 1990 and now I am excited to be here as a coach. It will not be easy – we can see the last two finalists of the World Championship in one group. The coaches here are the history of volleyball, so we a have a lot of respect to the other teams and we want to play some good matches.”

Alan Knipe, coach of USA: “Our team is happy to be here. It is a great honour to participate in the Finals. The tournament will be tight and on a very high-level, because the teams are preparing for the Olympics in London.”