The seventh edition of the Men’s Pan American Cup will take place in Santo Domingo from July 9 to 14. 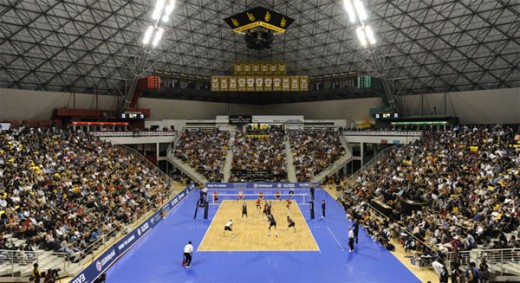 Last year’s event in Gatineau, Canada concluded with a victory for Brazil

The eight-team competition will qualify the best ranked team, not already included in the 2013 FIVB World League, to the 2012 WL Qualification Tournament later this year.

Teams competing in Pool A are: Argentina, Canada, Dominican Republic and Trinidad & Tobago while teams in Pool B are: Brazil, Mexico, United States and Venezuela.

The delegations are scheduled to arrive on Saturday with the preliminary enquiry sessions and general technical meeting to be held on Sunday.

The winners of the pools will advance directly to the semifinal round while the teams placed in second and third place will clash in crossed matches in the quarterfinals on July 12. The semifinals and finals will be played on July 13-14.

With four gold medals under their belts –including three in a row from 2008-10- USA are the most successful team in the history of the competition. Mexico and defending champions Brazil won the other two.