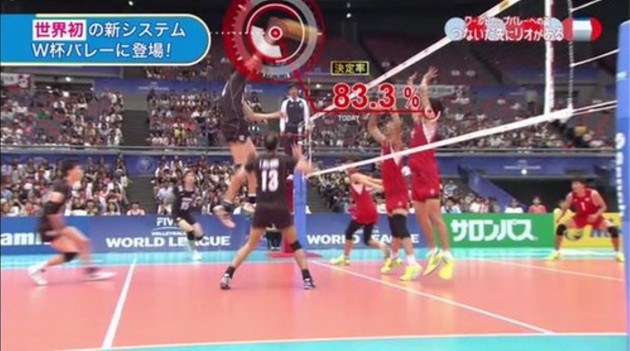 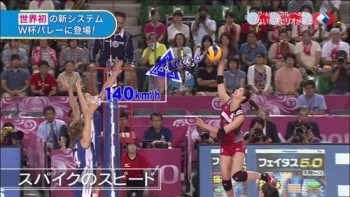 The system is developed in cooperation with a famous Japanese company “FujiFilm” and it will measure speed of the spikes and serves at the 2015 World Cup in Japan.

It will be a real-time analysis with graphics.

Also, the “Motion Scouter” will try to predict the possibility of blocking and successfulness of spikes, each in percentages.