The Bulgarian men’s national Volleyball team paid a visit to the city of Plovdiv to attend the inauguration ceremony of the Kolodruma hall, a brand new multi-functional facility that will be able to seat over 6,000 fans when hosting Volleyball events. 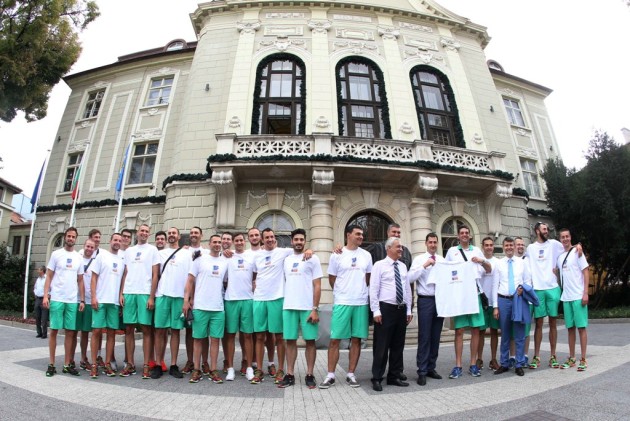 The Lions also visited the city hall and met with the Mayor of Plovdiv Ivan Totev, as well as with many more of their fans from Bulgaria’s second largest city.

Coach Plamen Konstantinov’s players were wearing shirts with the logo of the 2015 CEV Volleyball European Championship – Men, whose Final Round will be hosted in Bulgaria and Italy from October 9 through 18, and the sign of the I CAN TOO Foundation, which is behind the future centre for children with autism in Plovdiv that will feature a specially equipped sensor room financed entirely by money from the EuroVolley 2015 ticket proceeds and more specifically from the matches to be played in Sofia and Varna. 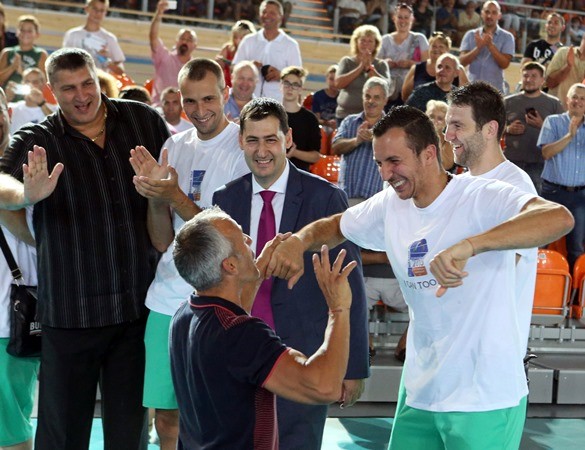 For their visit to Plovdiv, the Bulgarian national team players travelled from their high-altitude mountain camp at Belmeken, where they are preparing for their most important competition of the year – the European Championship.  The 18 players on Plamen Konstantinov’s extended roster are: